Group exhibition with various artists including the video film "Starfighter", 1967 by Wolf Vostell. 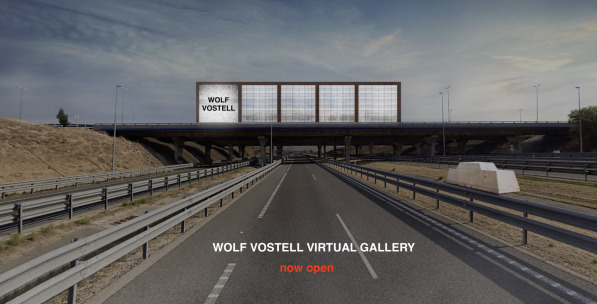 We are pleased to announce that the Museo de Arte Contemporáneo de Castilla y León (MUSAC), in Spain has acquired the work "Endogenous Depression", 1980 by Wolf Vostell. The work is currently on view at MUSAC.

We are deeply saddened to learn that Aldo Tambellini has passed.

He was a good friend of Boris Lurie and a fellow NO!artist.

In memory of our uncle and best friend Thomas Sommer,

Thomas, we miss you so much.

Thank you for the wonderful time with you.

We love you and will never forget you.

The Museum of Art and Design (MOAD) at Miami Dade College (MDC) presents The Body Electric, a major exhibition that looks at our fraught relationship to technology, particularly the increasingly inescapable interface between our bodies and screens. The remarkably varied art in the exhibition examines the last 50 years of artists addressing the way technological mediation has come to dominate our interactions with the world, with each other, and with ourselves. The Body Electric will be on view from Nov. 5, 2020, through May 30, 2021.

The exhibition begins with a pioneering generation of artists active in the mid-1960s—Jaime Davidovich, Shigeko Kubota, Marta Minujín, Charlotte Moorman, Nam June Paik, and Wolf Vostell—for whom the television was both the subject and object of their expanded practices that spanned performance, sculpture, and the moving image. Footage of performances by the Wooster Group offers a frenetic meditation on the all-pervasive presence of technology, and the fusion of body and screen.

Museum of Art and Design at MDC

His career as an artist was linked on many occasions to that of Wolf Vostell, both participating in meetings between avant-garde artists and in group exhibitions during the 1960s. Christo was one of the invited by Vostell to participate in his happening "Cityrama 2", in 1962, along with César, Yves Klein, Daniel Spoerri or Ben Patterson, among others.

A happening that was going to be sponsored by the Gallery DuMont, in Cologne, but which, unfortunately, never happened; However, we can find his documentary trail in the Vostell Happening Archive at the Museo Vostell Malpartida, in addition to epistolary testimonies of the friendship between these two artists.

From right to left: Christo, Vostell, Kaprow among others at Lil Picard's place in New York 1966. © AMVM

We are pleased to announce that the Museum of Modern Art in New York has acquired the work "B 52 Lipstick Bomber", 1968 by Wolf Vostell. The work is currently on view at the MoMA.

Exhibition at the WALKER ART CENTER Minneapolis, USA. The Body Electric; Vostell, Kubota, Paik, Moorman among others. On view until July 21, 2019

A new book is published

The history of the Museum Vostell Malpartida

Written by the wife of the artist Wolf Vostell, Mercedes Guardado.

On show works by Vostell, Lurie, Alvermann, Spoerri, Beuys, Lebel among other artists.

Exhibition "MAIJA TABAKA AND WESTBERLIN". Portrait of the family Vostell by MAIJA TABAKA, 1978. On view from June 9th to August 20th, 2017 at the NATIONAL MUSEUM in RIGA. Various art works by Wolf Vostell from the 70th and 80th are exhibited.

Wolf Vostell's "Concrete Traffic" arrived last weekend after a 20-mile-long procession through Chicago with Cadillacs, cement mixer, and performances on campus and was installed Saturday, October 1st, 2016 in the entrance to the parking garage.

Concrete Traffic is a large-scale outdoor public sculpture consisting of a 1957 Cadillac, which, save for its undercarriage and whitewall rubber tires, is encased in several tons of concrete. Conceived by the German Fluxus artist Wolf Vostell (1932-1998) as an “instant happening” and an “event sculpture,”  Concrete Traffic was commissioned by the Museum of Contemporary Art in Chicago (MCA) under its first director, Jan van der Marck. Over the course of several weeks in late December 1969 and into January 1970, local artisans made the molds for the sculpture according to the artist’s instructions. On January 16, 1970, during the morning commute, local contractors poured concrete into the molds of the sculpture, in the middle of an active parking lot on Ontario Street at North St. Clair near the original MCA building. Several days later, the molds were removed, revealing a monumental concrete sculpture bearing the contours of the Cadillac embedded within. Given several months of parking fees along with the MCA’s status at the time as a non-collecting institution, the artist and the museum gifted the sculpture to the University of Chicago. On June 13, 1970, construction crews transported the sculpture via a flatbed truck to its new location just outside the University’s Midway Studios, at the southern side of 60th Street, near Ingleside Avenue.

The sculpture remained in this location for nearly 40 years, when in 2008 it was moved to make way for the construction of the Reva and David Logan Center for the Arts. Since 2008, the sculpture has been stored at a facility managed by Methods and Materials, specialist in large-scale fine art rigging and installation, located in the Humboldt Park neighborhood of Chicago. On April 29, 2015, Robert J. Zimmer, President of the University of Chicago, approved a new home for the sculpture on the University’s campus, in the University’s main parking garage situated between Ellis and Greenwood Avenues and 55th Street, adjacent to the Department of Art History and the David and Alfred Smart Museum of Art. Zimmer’s decision has now made it possible for conservation work to move forward

Rafael Vostell Art Trust is pleased to inform we got the exclusive distribution and sales rights for the Film "30 Second Portrait: Nam June Paik“ which give us the possibility to offer this rare and unique Film to interested collectors and museums. It is a film by the American video artist Joan Logue. She was a good friend of Nam June Paik. In 1980 she produced this video portrait of Paik.

The Performance was done by Paik specially for this Film Portrait. The short film length of 30 seconds is intentional and part of the concept. This nearly 40 year old film is entirely unknown and classified as a historical value, but it shows the great artist Paik as he was; Very personable, ironic, thoughtful and genial. This unique video portrait should be not missing in any Paik collection.

The film is available on DVD, for private collectors and archives without public performance rights, at a reduced price.

Don’t hesitate to contact us for any question you have.